Native to the red deserts and swamps of Australia and while open to occupying marshlands of New Zealand the Yowies are estimated by Abominable Hunters to be the least populated species between the four. Their numbers dwindling every decade on account of overall scarcity and barren condition of the landscape they inhabit. Legend has it they were once the mightiest of all four tribes, claiming sole ownership over the Hawaiian Islands, a prized location amongst all four Abominable tribes, until a volcanic eruption of epic proportions threatened to decimate the entire tribe. Forced to evacuate, the story goes that the Yowies took to underground tunnels and surfaced elsewhere, unable to return on account of the hardened mass left behind by what was once lava. Eager to prove themselves an alpha the Yowies are depicted by Aboriginal artworks as aggressive and belligerent brawlers happy to go out of their way to cause conflict. That said, they are however on the contrary the most likely of the four tribes to band together should the need to do so ever arise. 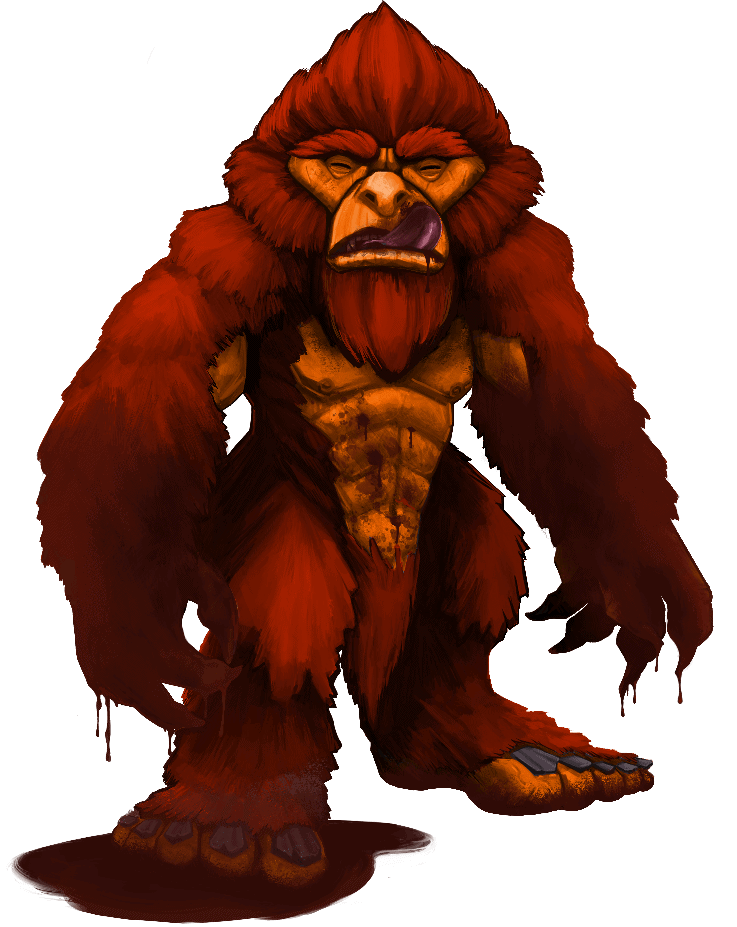