Native to the forests of Northern America the Sasquatches are said to hold the most prominent numbers of the four tribes in spite of being the best camouflaged. One infamously-well-timed-photograph being the exception. Seemingly less extravagant than the other four tribes the Sasquatches make up for their lack of legendary feats with sheer strategy. Stemming from the other continents through one avenue or another there tells a common tale of a time when the other tribes traveled far and wide so as to seek council from the Sasquatches in hopes that they had uncovered a way to perish that which they were unable to destroy. Delivered in the end from evil, the other three tribes found, in spite of their differences, it largely necessary to commend the Sasquatches in the form of cave drawings for eons to come. Equipped with the ability to reason, which ought never to be confused for as harmlessness, the Sasquatches are known best for their advanced communication skills and sublime strategy. 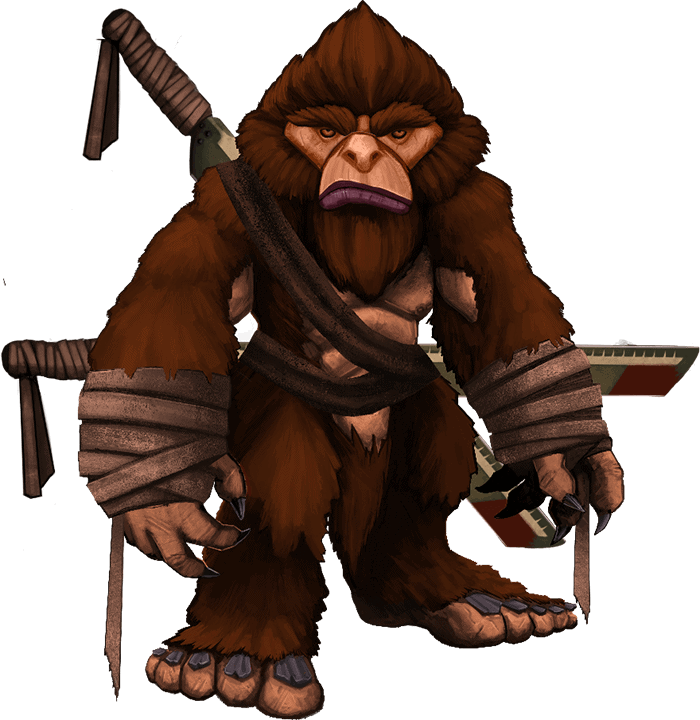