Native to the Amazonian Jungles the Mapinguari, said once to be guardians, jungle defenders, green-leafed shaman, aren’t just green in color but spirit. Said to be the least aggressive of the four tribes according to those foolhardy enough to track down and tail Abominables the Mapinguari although docile, are anything but harmless. Contradictory in verdict the underside of waterfalls etching’s and the villagers native to the jungle’s heart tell tales of both the Mapinguari’s unconditional kindness and willingness to disembowel those that disrespect the jungle they watch over. Well aware of their subtle, yet ever-present presence the natives offer up annual feasts, epic in both proportion and variety so as to appease and ward off their shy but mighty neighbors. They are known as the most resourceful and innovative of the Abominable tribes. 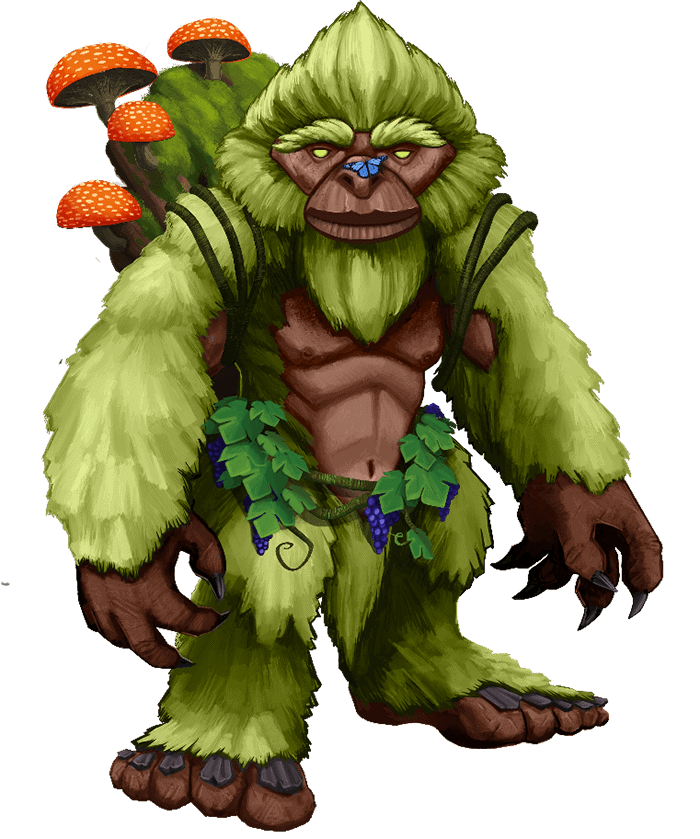